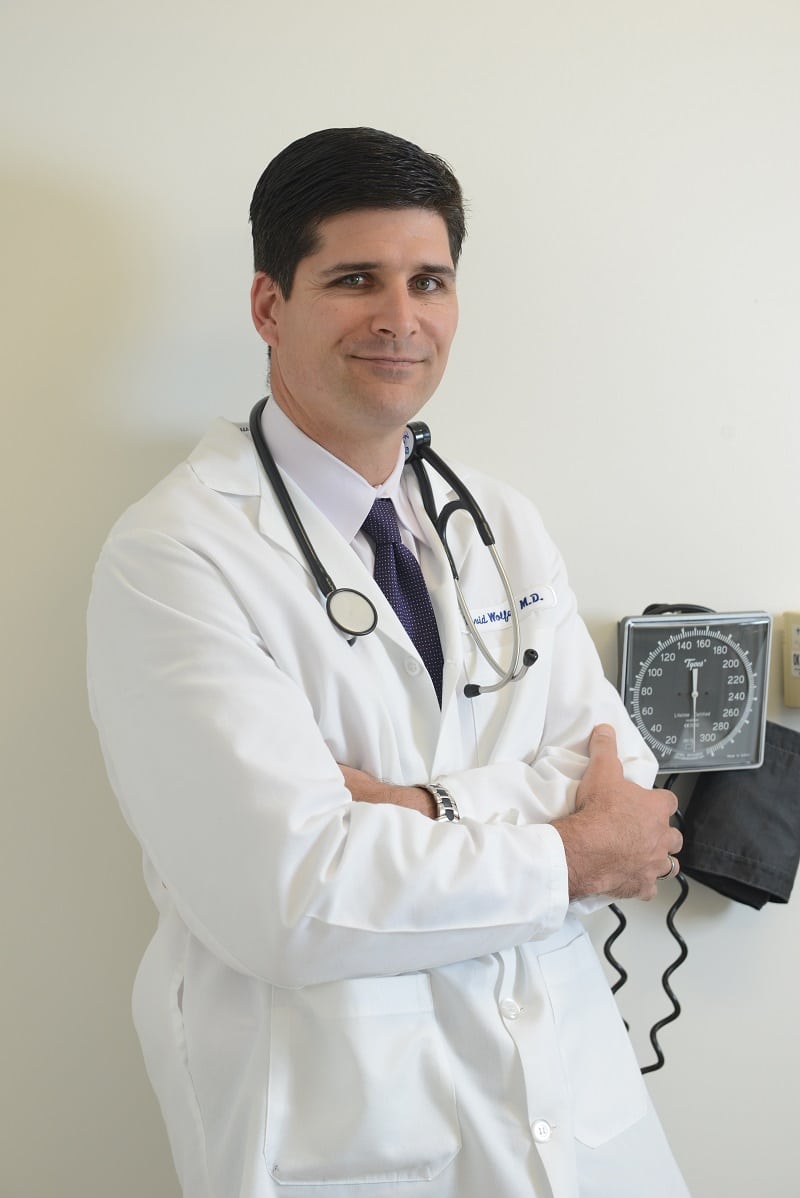 From August 1999 – June 2002, Dr. Wolfe was employed by the Chinle Comprehensive Health Care Facility (Chinle Hospital), of the Navajo Area Indian Health Service. During that time he served as a staff physician as well as the Medical Director of the Outpatient Department, and as Project Manager for an Outpatient Redesign and Expansion project. In July 2002, he received the Superior Administrative Service Award from the hospital.

In June 2004, just prior to joining Arthritis and Rheumatism Associates, P.C., Dr. Wolfe completed a Fellowship in Rheumatology at the University of Pittsburgh Medical Center, Pittsburgh, PA.

Dr. Wolfe will see patients in our Chevy Chase location. He has experience in all areas of Rheumatology, but has special interests in Fibromyalgia, Rheumatoid Arthritis and Osteoporosis.