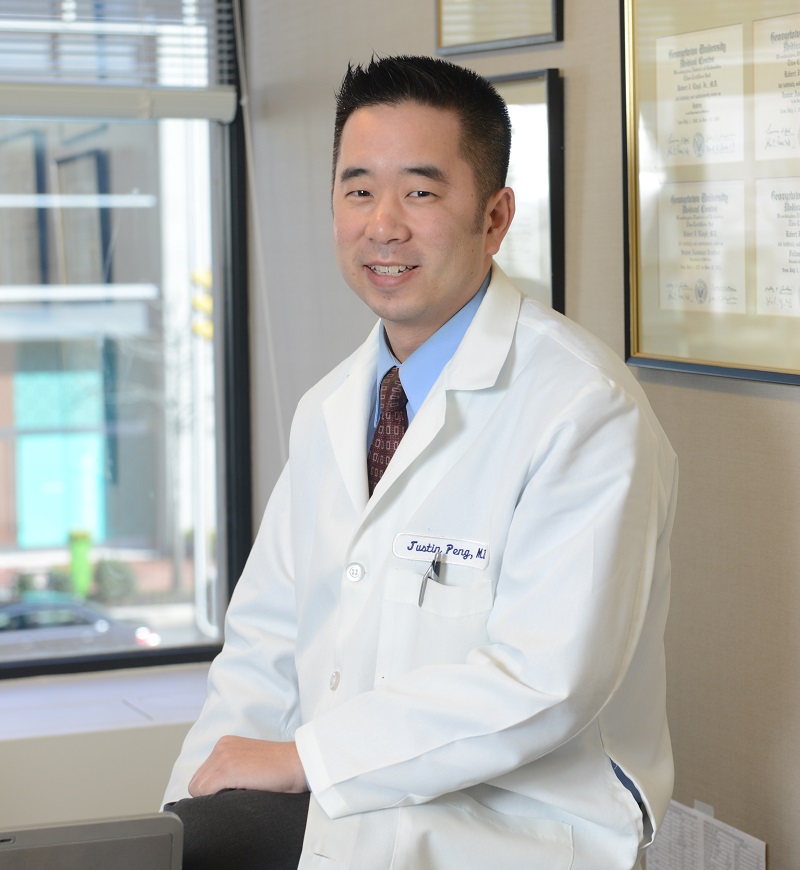 Dr. Peng has a diverse research, employment, and extracurricular background. Between earning his Bachelor’s and Master’s degrees, he was an Emergency Medical Technician (EMT) for UCLA Medical Center. While in Boston, he served as a CityLab Educator, working as a teacher in a biotechnology laboratory designed to teach high school students research techniques. Before completing his fellowship, he worked as a physician at INOVA Urgent Care. His extracurricular activities have included leading a team of U.S. medical students to teach English at Shanghai 2nd Medical University and working in medical missions in Nicaragua. During fellowship, he was also involved in drafting the new ACR guidelines for the management of lupus nephritis.

Dr. Peng has co-authored numerous publications in rheumatology and has been the recipient of multiple awards, including the 2016 Marriot Lifetime Achievement Award in the field of Rheumatology. He was also the 2016 Arthritis Foundation’s Walk to Cure Arthritis Medical Honoree and appeared on Good Morning Washington.

Accepting patients at our Washington D.C. and Fairfax facilities. The minimum age group accepted is 16 years.