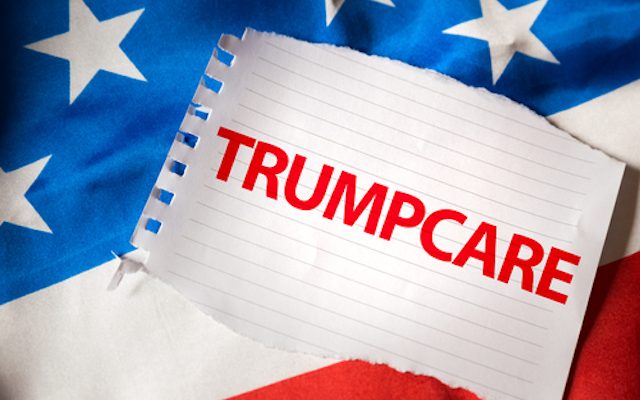 You may have heard that in the past few months, the Trump Administration has released preliminary ideas about reducing drug prices in the US through major changes in the various drug distribution systems (like Medicare Part B, the program for drugs patients receive in doctors’ offices). The administration also requested input from stakeholders like doctors and patients. Before I get into the drug price issue, though, here’s an update from the larger federal government perspective on health care, from my vantage point as volunteer Chair of the American College of Rheumatology (ACR) Government Affairs Committee.

As you know, 2018 is an election year. All of you will have the chance to elect new members of the House of Representatives, and some of you will be able to vote for Senators — except those of us like myself who are residents of DC; we won’t have either #DCVote. In US midterm elections, the president’s party loses an average of 32 House seats and 2 Senate seats, so regardless of whether the D’s or the R’s control the next Congress, two things are nearly certain: House and Senate majorities will be slim, and the there will be dozens of new leaders in Washington. All the patient and professional organizations who lobby congress will need to meet these new leaders, so much work will need to be done.

With divided Congress, and the looming hyper-partisan specter of a possible presidential impeachment, legislation will be much less likely to pass for the foreseeable future. In this context, Congress is considering changing from annual to biennial budgets. What does this all mean for the rheumatology community? We’ll need to work even harder to move our issues (especially research funding requests) through the legislative branch using our relationships with Congress and other methods such as working in coalitions, press interviews, letters to the editor, social media — all hands will be on deck! Also, we’ll continue to strengthen our efforts for regulatory reform. These reforms are the changes the executive branch makes through rulemaking and regulation — without Congress — relying on stakeholder input; ACR has more than doubled its efforts on this input in the past year.

So, what news from Capitol Hill? Leaders from the ACR and the Association of Rheumatology Health Professionals (ACR’s its sister society of rheumatology professionals) recently visited Congress and held over 100 meetings with federal lawmakers and staff. Details and pictures here. We pressed Congress to act on 5 issues for our patients and our profession: boosting the rheumatology workforce and rheumatology-oriented research, passing commonsense reform of step therapy, rooting out PBMs from the drug distribution system, and streamlining the headache of prior authorization. Our efforts have already been successful in moving  the ball downfield: Senators we met introduced a bill to require Medicare to allow electronic prior authorization, and we are closer to getting a bill to limit step therapy in the Senate, and possibly a $20 million rheumatology research fund at the Pentagon. Please take 90 seconds right now to email a pre-written, editable note to your members of Congress through the Simple Tasks website. Remember: sharing your views with elected officials is your first amendment right!

Have you noticed that everyone’s finally talking about drug prices? In May, President Trump and HHS Secretary Alex Azar released several plans, ideas, and a 39-page “blueprint” with over a hundred questions about how to lower US drug prices. The government identified 4 problems and 4 kinds of solutions. There’s some good ideas here, and some possibly bad, but you can be sure that in some way, rheumatology will be changed by this process.

The 4 central problems (per Trump administration):

4 solutions (some immediate actions, and other further opportunities being considered, with feedback from all of us):

The ACR began responding to these questions in advance of the release of the blueprint and request for information. ACR’s coalition letter to the administration in March was co-signed by several other medical groups. The College will soon publish a set of principles for drug price reform that support ways to improve patient access to high-quality medicines. By mid-July, the ACR will respond formally to the administration’s Request for Information. Here’s an initial analysis of what’s good, possibly bad, and what’s new about Trump’s proposals:

The possibly bad: Inserting step therapy and other utilization management techniques into Medicare Part B, by moving some Part B (physician-administered) drugs into the Part D system. Restricting Medicare drug formularies by allowing payers to cover just 1 drug (instead of 2) per class. Recreating a competitive acquisition program for Part B drugs that was previously unworkable.

What’s new: The Trump administration seems to be getting serious here. If you don’t think rheumatology will be affected by this administration’s plans, well, are you sitting down? Read this tweet string, in which I highlighted and responded to a talk radio transcript of Trump’s top health official, HHS Secretary Azar, promoting transparency reform by describing misleading scenarios in which rheumatologists profit by secretly prescribing more expensive, less effective drugs. The reality: there are generally not alternatives to RA biologics that are either less-expensive or more effective! Our mission is clear: clarify how valuable the rheumatology profession and its medicines are to our patients, and promote reforms that improve, not reduce, Americans’ access to high-quality drugs. We’re already communicating this message to top policymakers at HHS, we’re banding together with other groups, and lawmakers will need your input. Stay tuned!

Do you know what a biosimilar is? Biosimilars are arguably the #1 issue in rheumatology right now. The best way to reduce drug prices for rheumatology biologics may well be to spur safe, effective biosimilars into the US market ASAP. I would humbly submit that the one thing rheumatologists and people living with rheumatologic diseases can do right now about drug prices is to become more comfortable with biosimilars. (ACR’s educational white paper is here.)  Still, the largest hurdle for biosimilars may be the “middlemen” in the drug distribution system. FDA Commissioner Dr. Scott Gottlieb worries that PBM business model will prevent biosimilars from getting on formularies, because less expensive drugs might not provide PBMs with high enough rebates, and thus fewer biosimilars would  get to market to compete on price.

Also: the ACR’s Affiliate Society Council met at the DC fly-in last month. The ASC, chaired by Dr. Chris Adams and staffed by ACR’s senior manager of state affairs, Joseph Cantrell, based in Atlanta, is ACR’s forum for state rheumatology societies to come together for updates and to share what they’re doing among themselves and the ACR. This year, US states introduced over 30 bills aiming to reform pharmacy benefits manager practices, 11 bills about step therapy reform, 10 bills about non-medical switching, and 8 bills to streamline prior authorization. 40 states have passed biosimilars substitution laws (most requiring provider notification within 5 days) — note that the FDA still has not finalized a pathway for interchangeable biosimilars.

That’s all for now from DC. Thanks for reading and sharing this!