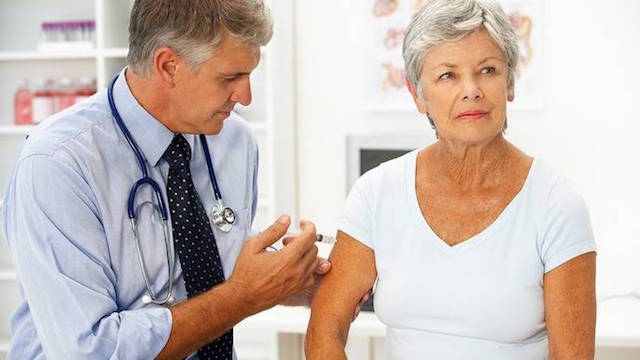 Shingles is an infection caused by a virus called varicella. This is the same virus that causes chickenpox. Once the virus enters your body, it can stay dormant in your nerves and reactivate at a later time, causing an infection called herpes zoster, more commonly known as shingles. Patients can develop a painful, raised, and sometimes fluid-filled rash in the same area in which the patient felt pain preceding the rash. The rash and pain often are treated with antiviral and pain medications, depending on the severity of the symptoms. Often, those infected can go on to have post-herpetic neuralgia, characterized by lasting chronic pain in the regions where they had the infection.

Compared to Zostavax, Shingrix has been shown to cause more local injection site reactions. Common side effects are pain, redness, and swelling at the injection site, as well as muscle pain, tiredness, headache, shivering, fever, and upset stomach. It is important to note that Shingrix is given in a two-dose series, with the second dose given two to six months after the first vaccine.

If you have a question about whether you should get the Shingrixvaccine, please talk to your doctor. Shingrix is available at each of our six office locations. Visit WashingtonArthritis.com to learn more.