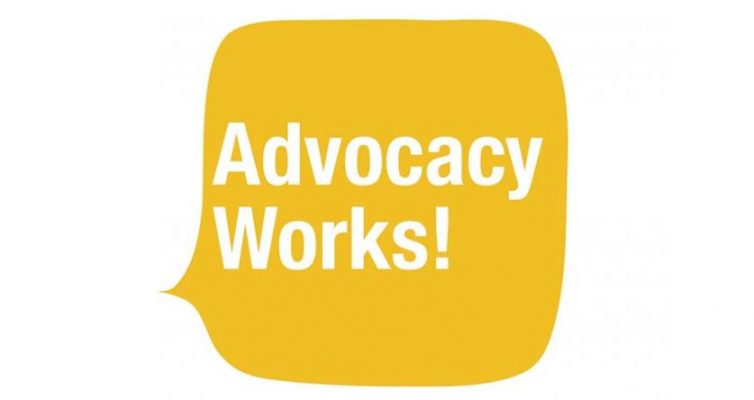 Greetings, Advocates!
Great news for the rheumatology community came on February 9, 2018 as the Bipartisan Budget Act of 2018 was enacted. It contained several critical health care fixes. First, after hundreds of emails, meetings, letters to the editor, an op-ed and a forceful 109-member coalition letter led by the American College of Rheumatology (ACR) to House and Senate leaders, the new law dropped plans for Medicare’s new quality payment program to threaten large cuts to medical practices for providing Part B drugs to patients, which would have threatened to close infusion centers across the country. Now, Medicare’s MIPS payment adjustments will not be applied to the costs of Medicare drugs people receive in their doctor’s office, and patients’ access to these treatments will be protected. Also, in a just-in-time victory, the law permanently repealed Medicare’s annual hard cap on rehabilitation therapy services like physical therapy, occupational therapy and speech therapy, so that our seniors can now avail themselves of the care they need and stop self-rationing. Other provisions extended CHIP to 2027; repealed IPAB (the unelected board which could have cut Medicare services without Congressional approval); made plans to close the Medicare Part D “donut hole” a year early, in 2019; increased NIH research funding $2 Billion; and oh yeah, reopened the US Government until March 23. One downside: the law reduced doctors’ promised 2019 pay raise from 0.5% to 0.25%.
Meanwhile, in other legislative news: Congress is still debating whether to continue DACA — which could provide legal status for immigrants, many of whom will train as doctors that would eventually care for 100,000 American patients — and whether to authorize Obamacare insurance market stabilization payments. The ACR supports these initiatives.

Right after we heard the great news that MIPS will no longer apply payment adjustments to Part B drug costs, the Trump Administration announced new possible proposals to that could again threaten patients’ access to some of the same critical drugs. Details appear vague, but here are the 4 main ideas:
The ACR is reaching out to CMS and our coalition partners to gather more information about these possible proposals and stands ready to work with Congress and HHS Secretary Azar’s office to protect all the different therapy options that our patients depend on, including access to Part B drugs. The good news is that the administration has signaled plans to:

Most of these policy ideas relate to the too-high cost of rheumatology treatments and the effects of costs on individual patients and society. As I’ve said before, there is wide agreement that drug prices are too high. ACR’s strategy to address this is a two-pronged approach regarding the drug pricing system on one hand, and biosimilars on the other. Regarding the drug pricing system: ACR encourages lawmakers and regulators to address the problems of the PBM-pharma relationship, in which rebate payments encourage higher prices, not lower prices. Good news: lawmakers are acting! Congress continues to look into PBMS, 17 state bills have been introduced and on February 23, Virginia passed the country’s first PBM legislation of 2018. Regarding biosimilars: ACR advocates with state and federal lawmakers for a smooth transition to an era of less expensive biologics that provide safe, effective treatments accessible to more people. Also, in order to provide useful educational content the ACR released a biosimilars white paper on February 7. It was an honor to participate in this project to provide information on the scientific, clinical, and economic issues surrounding biosimilars. The ACR biosimilars white paper is open access for those who are interested.

Aside from the ACR’s advocacy efforts on Capitol Hill, I’m glad to report that the ACR has expanded its efforts to influence federal agencies like HHS, CMS and the FDA on behalf of our profession and our patients. In 2017, the ACR more than doubled the number of letters submitted to federal agencies. Topics vary. For example, as Congress appears to be backing off from overarching efforts to repeal and replace Obamacare, the Trump Administration continues to propose regulatory reforms which will affect our patients’ access to continuous health insurance, and coverage for important services and treatments. The ACR has written several letters to federal policymakers thus far in 2018 about promoting health care choice and competition, and reducing out of pocket costs for prescriptions. We also supported the FDA’s plan to close a loophole in drug development for pediatric orphan diseases. You can check out the ACR letters to the US Government, compiled here.
Check out rheumatologist Dr. Will Harvey’s Senate testimony at a Feb 7 hearing, “From Joint Pain to Pocket Pain: Cost and Competition Among Rheumatoid Arthritis Therapies.” (His remarks start at 35:30 into the video)
View Full Site
Top